Second part of this abandoned factory, today with the upper floor. 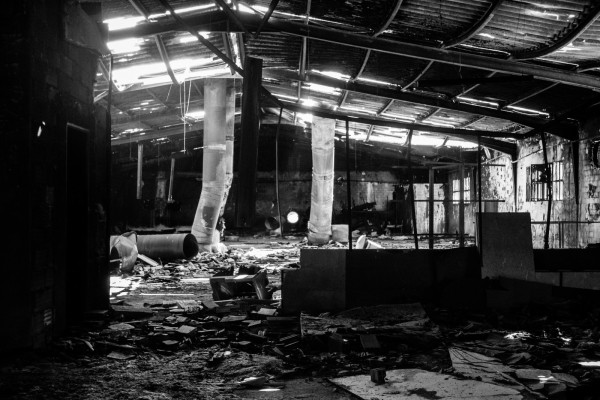 This floor is even more damaged, and it was more disturbing for me to be here. In this upper floor, some devices remain: tubes from the floor to the ceiling, others hanging like tentacles, and some spoiled machinery.

There is a scene that is repeated in some terror movies (Alien, for example). Someone walks alone into a dark and creepy place, with dark shadows all around… suddenly a noise, a sudden motion and a shape appears causing a shock on the character in the film and the audience… until the shape is recognized as a simple cat or something like that.

This factory had its cat here, hidden and quiet until accidentally I came closer and then suddenly appeared next to my feet to run away. This photographer almost suffered a heart attack. Maybe the cat would say the same. 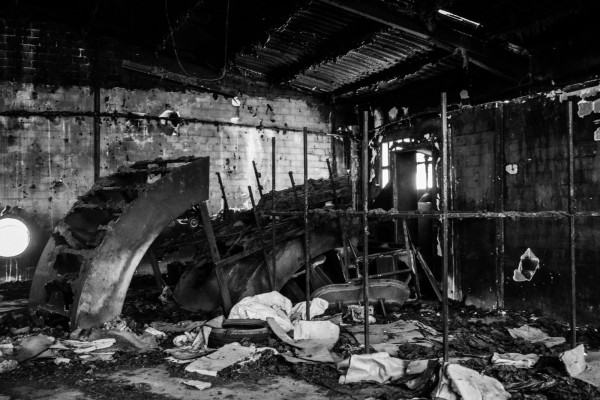 Some coffins here as well, partially lit by strips of light.

And finally, more coffins outside, with Maggie Simpson. After the creepy upper floor, this looked much better.